Are We Really Inspired by Prophet Muhammad?7 min read 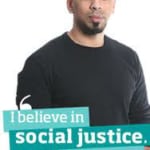 In June 2010, Muslims in the UK produced an excellent series of short videos titled “Inspired by Muhammad” to improve public understanding of Islam and Muslims.

This campaign gave an overview of many aspects of the manners, teachings and dealings of Prophet Muhammad which most non-Muslims are not familiar with, and which many Muslims also need to remember.

As I was driving to work one morning, an important question came to mind:

Are the majority of Muslims around the world today really inspired by the manners of Prophet Muhammad, peace be upon him, and his dealings with people?

The first answer I thought of as the driver in the car next to me started to bully the car in front of him to go faster, was “no”. Most Muslims today are not inspired with the beauty of the Prophet’s civilized manners. Most of us may follow him in some of our outward traits, such as growing a beard, and in the way he prayed and read Quran, but the sad truth is that the majority of Muslims don’t go much farther than that.

877-Why-Islam presents Altaf Husain / Serving Humanity: How is community service an integral aspect of the Islamic tradition? And how was it exemplified in the life of the Prophet (pbuh)?

If We Were Truly Muhammad’s Followers

– If we were his true followers, we would not have so many problems in dealing with each other, especially those we differ with, and our manners on the streets and in the markets would be at a much higher level than they are today. It was he, peace be upon him, who said:

“Indeed, I was only sent to complete the most noble character traits.”

He, peace be upon him, also said:

Do most Muslims today follow these high standards with their families, friends, relatives and people they don’t know?

– If we were his true followers, we would discuss our collective problems and future plans in a calm and consultative way, and would never allow the rule of force, violence or dictatorship to prevail.

God described true believers, the followers of Muhammad, peace be upon him, in the Quran as those “who (conduct) their affairs by mutual consultation” (42:38)

– If we were his true followers, we would be extremely kind to our neighbors, Muslims and non-Muslims, and would be a caring society where the weak and the poor are taken care of, and none would be left to sleep on the street, or starve to death in countries like Somalia. After all, it was our beloved Prophet who said:

“A man is not a believer who fills his stomach while his neighbor is hungry.”

[Click here to read more about the character of Prophet Muhammad, peace be upon him.]

Talking about neighbors, this video by brother Maher Zain in the series (Inspired by Muhammad) is a song where he tries to be inspired by our Prophet in dealing with other people, including his next door neighbor who hates him for being Muslim and puts garbage at his door step each morning before he leaves home.

One day, Maher does not find garbage on his way out but he hears his neighbor coughing. She has a severe cold it seems. The Prophet, peace be upon him, one day faced a similar scenario, which was the source of inspiration for the video. So what does Maher do, as a Muslim inspired by Muhammad?

He goes to the kitchen, makes a warm soup for his neighbor and takes it next door, as a small symbol of goodwill by a caring neighbor, wishing her a speedy recovery.

Now the next question is: How many of us living in West or in the East follow that example?

Good relations with neighbors are very important in Islam, and the first dimension of peaceful co-existence with all members of the community or the society we live in.

In the Quran we are informed that God created us from a single soul and that we are to know one another:

O mankind! We created you from a single soul, male and female, and We made you into nations and tribes, that ye may know each other. Verily, the most honored of you in the sight of Allah is the greatest of you in piety. Allah is All-knowing, All-aware. (49:13)

Imam Suhaib Webb in this brief presentation talks about the importance of co-existence as one of the important teachings of Prophet Muhammad, which inspired his followers to become true brothers and sisters in Islam despite differences of opinions they may have on certain issues.

One important lesson to remember from the life of Prophet Muhammad, peace be upon him, is that God sent him as a mercy to the whole world, and not only to Muslims.

Are Muslims today a mercy to the world, finding solutions for its problems, and joining hands with people of other faiths in addressing global problems? Or are Muslims mainly concerned with their own issues with little contribution to their local societies and global matters?

In this age of globalization of the 21st. century, if we are really inspired by our Prophet, we should also become a mercy to humanity, and not a source for its problems and worries, starting with issues like the environment, which we can all contribute to improve, as suggested by brother Timothy Winters from Cambridge University, who is leading a project for building one of Europe’s first truly ecologically responsible mosques. [Read more: Environment and Islam]

Justice in all its forms, social, political and economical, is among the core teachings of Islam, and we need to always remember that, especially at times of major change, like that taking place at the moment in a number of Muslim countries going through “The Arab Spring”, if we are true followers of Prophet Muhammad, peace be upon him.

Never be unjust towards others, even towards those who oppressed you for many years. Let justice always be the light which guides you in this life, as injustice is darkness on the Day of Judgment.

When Prophet Muhammad, peace be upon him, returned to Mecca after more than 20 years of persecution, wars and injustices committed against him and his followers, he returned in peace. Taking revenge for himself was never part of his personality, and though many of his loved relatives and companions were killed in battles with the non-Muslim of Mecca over the years, when he entered Mecca, he did so in peace, and showed his compassion and forgiveness to his former enemies by declaring a general amnesty to all.

Islam is a religion of peace, justice and forgiveness, and in granting the people of Mecca this general amnesty, Prophet Muhammad, peace be upon him, was following God’s command in the Quran:

But if the enemy inclines towards peace, do thou (also) incline towards peace, and trust in God: for He is One that heareth and knoweth (all things). (8:61)

May Allah make us true followers of Prophet Muhammad, and that we are always inspired in our actions and deeds by his true teachings and excellent manners, for a better world for all, Muslims and non-Muslims.