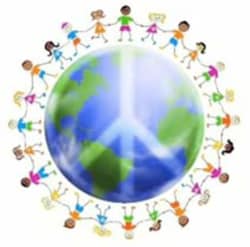 We live in an age where the importance of family values is declining in society. Divorce rates are at an all time high, couples are marrying on average at older ages and the number of single parent families has increased. Overall, the proportion of people in happy marriages has declined rapidly.

In addition, more and more people are choosing to have fewer children. Juxtaposed against this reality, the elderly population is on the rise, resulting in an impending crisis. According to the U.S. Census Bureau, the U.S. elderly population will nearly double by 2025 whereas the number of children will increase by just 3 percent.

Islam places great emphasis on protecting the family unit, which encompasses parents, siblings, spouses, children as well as extended kith and kin. This section highlights the different aspects of family and their importance not only in the lives of individuals but within the larger society as a whole.

Family: The Building Blocks of Society

The Importance of Parents

What We Should Be Teaching Our Children