The diversity of Muslims in Asia 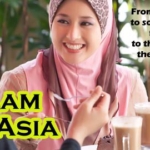 From the Middle East to southeastern Asia, from central Asia to the Pacific Islands, the diversity in Asia is striking. Yet, despite cultural differences, the religion of Islam forms a common thread across Asia. The majority of people in countries such as Iraq, Afghanistan, Azerbaijan, and Indonesia, to name just a few, find commonality in their practice of Islam while preserving their unique heritages.

Islam originated in the Arabian Peninsula and it was embraced by the people of various Asian regions over many centuries. Contact with Muslims came via trade, conquest, and intermarriages with the earliest Muslims. However, the mass acceptance of Islam took root over generations and through sustained interaction. Today, Islam is the largest religion of Asia.

Pockets of minorities continue to exist in Muslim Asian countries to this day. Muslims themselves form sizable minorities in many Asian countries such as India, China, Russia, and Japan. Ordinary citizens, irrespective of faith or culture, continue to coexist and intermingle peacefully in Muslim and non-Muslim countries in Asia, untouched by the rising tide of religious or secular extremism prevalent in the current world milieu.

In this section, we share the historic legacy of Baghdad, the peaceful and gradual introduction of Islam in Indonesia, and the story of the minority of Muslims living in China.