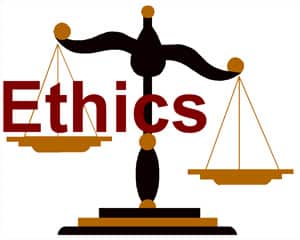 The word “morality” comes from the Latin word moralitas meaning “manner, character, and proper behavior”. Morality generally refers to a code of conduct, that an individual, group or society hold as authoritative, in distinguishing right from wrong. Such an ideal code of conduct is often espoused in preference to other alternatives.

Islam as a comprehensive way of life encompasses a complete moral system that is an important aspect of its world-view. We live in an age where good and evil are often looked at as relative concepts. Islam however, holds that moral positions are not relative, and instead, defines a universal standard by which actions may be deemed moral or immoral.

Islam’s moral system is striking in that it not only defines morality, but also guides the human race in how to achieve it, at both an individual as well as a collective level.

The Islamic moral system stems from its primary creed of belief in One God as the Creator and Sustainer of the Universe. Islam considers the human race to be a part of God’s creation, and as His subjects.

From an Islamic perspective, the purpose of human life is to worship God, by leading this worldly life in harmony with the Divine Will, and thereby achieve peace in this world, and everlasting success in the life of the hereafter. Muslims look to the Glorious Qur’an and the Traditions of the Prophet as their moral guides.

“It is not righteousness that ye turn your faces Towards east or West; but it is righteousness- to believe in Allah and the Last Day, and the Angels, and the Book, and the Messengers; to spend of your substance, out of love for Him, for your kin, for orphans, for the needy, for the wayfarer, for those who ask, and for the ransom of slaves; to be steadfast in prayer, and practice regular charity; to fulfil the contracts which ye have made; and to be firm and patient, in pain (or suffering) and adversity, and throughout all periods of panic. Such are the people of truth, the Allah-fearing.” [Al-Qur’an 2:177]

This verse underscores the Islamic belief that righteousness and piety is based, before all else on a true and sincere faith. The key to virtue and good conduct is a strong relation with God, who sees all, at all times and everywhere. He knows the secrets of the hearts and the intentions behind all actions. Therefore, Islam enjoins moral behavior in all circumstances; God is aware of each one when no one else is. It may be possible to deceive the world, but it’s not possible to deceive the Creator.

The love and continuous awareness of God and the Day of Judgment enables man to be moral in conduct and sincere in intentions, with devotion and dedication.

Say: the things that my Lord hath indeed forbidden are: shameful deeds, whether open or secret; sins and trespasses against truth or reason; assigning of partners to Allah, for which He hath given no authority; and saying things about Allah of which ye have no knowledge. [Al-Qur’an 7:33]

It is interesting that the Qur’an refers to “sins and trespasses against truth or reason”. It is an indication of God’s blessing to every human being, of an innate moral sense. Such a moral sense, when uncorrupted by family or society, is what leads people to commendable acts of virtue. Islam aims to enhance and amplify the moral sense in every human being and adorn the individual’s character with the noblest of virtues.

The Islamic moral principles therefore, appeal naturally to the human intellect, while elevating the pursuit of morality to the level of worship. This is because Islam holds every action that is done with the goal of attaining of God’s pleasure to be worship.

Morality and the individual

The guiding principle for the behavior of a Muslim is what the Qur’an refers to as Al `Amal Assalih or virtuous deeds. This term covers all deeds, not just the outward acts of worship.

Some of the most primary character traits expected of a Muslim are piety, humility and a profound sense of accountability to God. A Muslim is expected to be humble before God and with other people. Islam also enjoins upon every Muslim to exercise control of their passions and desires.

Islam warns against vanity and excessive attachment to the ephemeral pleasures of this world. While it is easy to allow the material world to fill our hearts, Islam calls upon human beings to keep God in their hearts and to use the material world in moderation and in accordance with God’s guidance. The Glorious Qur’an says:

“The Day whereon neither wealth nor sons will avail, but only he (will prosper) that brings to Allah a sound heart” [Al-Quran: 26:88-89]

Charity is one of the most commendable acts in Islam. In fact, Zakah, the annual charity that is obligatory on every Muslim who has accrued wealth above a certain level, is one of the pillars of Islam.

Gratitude in prosperity, patience in adversity, and the courage to uphold the truth, even when inconvenient to oneself, are just some of the qualities that every Muslim is encouraged to cultivate.

Thus, everything that leads to the welfare of the individual and the society is morally good in Islam, and whatever is harmful is morally bad.

Morality in Islam addresses every aspect of a Muslim’s life, from greetings to international relations. It is universal in its scope and in its applicability.

The Prophet Mohammed (peace be upon him) summarized the conduct of a Muslim when he said: “My Sustainer has given me nine commands: to remain conscious of God, whether in private or in public; to speak justly, whether angry or pleased; to show moderation both when poor and when rich, to reunite friendship with those who have broken off with me; to give to him who refuses me; that my silence should be occupied with thought; that my looking should be an admonition; and that I should command what is right.”