Addiction and Islam – The Disease and its Cure6 min read 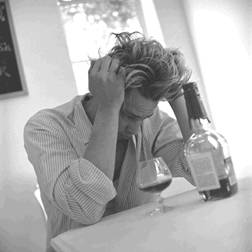 We live in a culture in which mass advertising glorifies excessive consumption and the near instant gratification of desires. “Having it now” unfortunately, proves to be a slippery slope for millions, and uninhibited desires prove to be like an uncontrollable fire, growing stronger each time they are fed. Some desires becomes overriding compulsions that could take years to overcome, if at all. The word addiction is often used to describe such a condition.

What exactly is addiction? The term “addiction” is used in many contexts to describe an obsession, compulsion, or excessive physical dependence or psychological dependence, such as: drug addiction, alcoholism, compulsive overeating, problem gambling, computer addiction, etc. In other words, addiction has many forms, some of them related to substances such as drugs or alcohol, while others are related to extreme psychological dependence of the individual on behaviors such as gambling, overeating, and increasingly internet surfing.

Estimates of the economic costs of just alcohol abuse, collected by the World Health Organization, vary from one to six per cent of a country’s GDP. Countries around the world spend hundreds of billions of dollars in combating the drug trade, rehabilitating drug addicts and in dealing with the health and social costs of the increased use of narcotics by young people and teenagers. Addiction to pornography is afflicting millions in every age group around the world, leading to decreased productivity, and an increase in crimes against women and children.

The fact that addictions of various types have grown into enormous social problems that are threatening not only individuals and families but entire societies is clear. Addictions in fact, are the scourge of the human civilization, and the urgency of making a global effort to eradicate them is more critical than ever.

Countries around the world have tried hard to control if not eradicate various addictions in their societies. Although millions have freed themselves from the slavery of their base instincts, millions more continue to fall into this abyss. The number of addicted individuals, both in real terms and as a percentage of the total population, has skyrocketed in recent times.

Let us explore how Islam views the problem, and how its prescriptions and world-view might be an antidote.

One of the salient features of the Islamic world-view is a balanced and moderate outlook on life and its challenges. Islam recognizes that human beings have natural desires, and prescribes ways of fulfilling these desires without allowing the desires to take control of one’s life. The Glorious Quran says:

“O Children of Adam! Wear your beautiful apparel at every time and place of prayer: Eat and drink: But waste not by excess, for Allah loveth not the wasters.” [Al-Quran 7:31]

The Islamic virtue of moderation is prescribed at both an individual and at a collective level. Islam views the natural resources of the world, and indeed human life itself, as a trust from God. Accordingly, every individual is accountable for how he or she spends these resources. Profligacy is considered a major sin in Islam.

Islam’s View of the Self

Islam’s broader approach towards human life is through the recognition of the human soul as being composed of essentially three elements:

The goal of every Muslim is to be aware of the stage of his or her own soul, and to strive to reach the stage of tranquility and peace that can only come about through a disciplined life in obedience to God.

The soul commanding to evil grips the individual in a state of forgetfulness. Addiction, and indeed, all human infractions stem from such a state, where the human being is heedless of the purpose of life, heedless of the Creator, and of the Day when all human beings will be held accountable for their actions. It is this state of forgetfulness that the individual must strive to overcome, and work progressively towards a state of awareness.

“And be ye not like those who forgot Allah, and He made them forget their own souls! Such are the rebellious transgressors!” [Al-Quran 59:19]

In overcoming addiction therefore, one is required to shun heedlessness and feel remorse for having allowed one’s soul to be controlled by one’s lower desires.

For others who, although self-aware to some extent, do succumb momentarily to the evil-inciting soul, the remembrance of the Divine and His commandments are often sufficient to restore the balance and quickly exit the state of heedlessness.

For those who, while fulfilling the necessities of human life, are firmly rooted in achieving success in the hereafter, the temptations of a transgression only serve to spur them on in their spiritual pursuits.

Altaf Husain, a social worker in the US, writes in an article on ways to overcome addiction:

“No one becomes addicted intentionally; it is not a goal one sets out to accomplish. Addiction is ultimately the triumph of the soul commanding to evil over the self-reproaching soul. What begins as just one quick glance at a pornographic Web site, one sip of alcohol, one snort of cocaine, one injection of heroin, or even one session of aggressive overeating does not affect every individual the same way. For those who have a weak relationship with Allah, are on the margins of daily worship, are keeping company with similarly heedless individuals, the one glance, the one sip leads them, ultimately, down a slippery slope from which they will have, potentially, a lifelong struggle recovering.”

Islam recognizes the perils of such self-destructive behavior. While prescribing permissible ways of fulfilling certain legitimate desires, Islam clearly draws the line around certains types of behavior and strikes them at the root. Consequently, alcohol, drug consumption and gambling are strictly prohibited, even in small quantities.

“O ye who believe! Intoxicants and gambling, (dedication of) stones, and (pination by) arrows, are an abomination,- of Satan’s handwork: eschew such (abomination), that ye may prosper.” [Al-Quran 5:90]

In the last five decades, pornography has been the cause of many a broken home, and multitudes of destroyed lives. By enjoining men and women towards modesty, the Glorious Quran protects the dignity of the human being. The Quran says:

“Say to the believing men that they should lower their gaze and guard their modesty: that will make for greater purity for them: And Allah is well acquainted with all that they do.

Islam recommends marriage for the fulfillment of natural desires and for procreation, but prohibits the depiction of any human being as merely an object of sexual gratification. Notice how the Quran elevates the status of both men and women by recognizing their nature, while also drawing their attention towards a higher purpose in life.

When one reflects on the havoc caused by alcohol and drug addiction, by compulsive gambling and by rampant pornography, one can only see the prohibitions and injunctions of Islam as great blessings to the human race. The Divine prohibitions ensure that even if one does not see the wisdom behind abstaining from these evils, one is guarded by adhering to certain norms in a spiritual frame of reference.

Prayer and Fasting – Strenghthening the Soul with Patience

While every pillar of Islam serves to strengthen the soul, the five daily prayers and the fasting during the holy month of Ramadan are especially beneficial in disciplining the soul.

“Recite what is sent of the Book by inspiration to thee, and establish regular Prayer: for Prayer restrains from shameful and unjust deeds; and remembrance of Allah is the greatest (thing in life) without doubt. And Allah knows the (deeds) that ye do.” [Al-Quran 29:45]

Prayer and fasting are therefore like the shields of the human soul, by which it can protect itself from the onslaughts of modern temptations, and lead a healthy, balanced and productive life.

To strike at the roots of addiction, a holistic view of the human soul is essential. Islam provides both a world-view and a spiritual system that elevates the human being by empowering the soul to fulfill the Divine Mission. Besides prohibiting behaviors that might demean the human soul in any way, Islam prescribes practical ways of strengthening it.

For the soul that values the sweetness of Divine Remembrance, capitulating to the base desires represents disobedience to the Creator as well as oppression against the self. It is through recognition of the purpose of creation can the soul achieve true freedom.