From a talk by Maulana Abul Ala Maududi 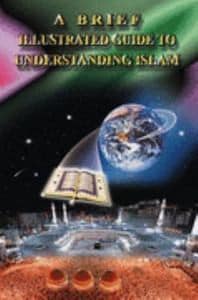 Islam says that if there is any real difference between man and man it cannot be one of race, color, country or language, but of ideas, beliefs and principles. Two children of the same mother, though they may be equal from the point of view of a common ancestry, will have to go their different ways in life if their beliefs and moral conduct differ. On the contrary, two people, one in the East and the other in the West, even though geographically and outwardly separated by vast distances, will tread the same path in life if they share the same code of moral behavior. On the basis of this fundamental tenet, Islam seeks to build a principled and ideological society very different from the racial, nationalistic and parochial societies existing in the world today.

The basis of co-operative effort among men in such a society is not the place of one’s birth but a creed and a moral principle. Anyone, if he believes in Allah as his Master and Lord and accepts the guidance of the Prophets as the law of his life, can join this community, whether he is a resident of America or Africa, whether he belongs to the Semitic race or the Aryan, whether he is black or fair-skinned, whether he speaks a European language or Arabic. All those who join this community will have the same rights and social status. They will not be subjected to any racial, national or class distinctions. No one will be regarded as high or low. There will be no untouchability. There will be no special restrictions upon them in making marriages, eating and drinking and social contracts. No one will be looked down upon because of his birth or work. No one will claim any distinctive rights by virtue of his caste, community or ancestry. Man’s merit will not depend on his family connections or riches, but only on whether he is better than others in moral conduct or excels others in piety and righteousness.

Such social order, transcending as it does geographical boundaries and the barriers of race, color and language, is appropriate for all parts of the world; on its foundations can be raised the universal brotherhood of man. In societies based on race or nationality only those people can join who belong to a particular race or nation, but in Islam anyone who accepts its creed and moral standards can become a member, possessing equal rights with everyone else. Those who do not accept this creed, while obviously not being received into the community, are treated with tolerance and humanity and guaranteed all the basic human rights.

It is clear that if two children of the same mother differ in their ideas, their ways of life will be different; but this does not mean that they cease to be brothers. In the same way, if two nations or two groups of people living in the same country differ in their fundamental beliefs, principles and ideology, their societies will also certainly differ; yet they will continue to share the common ties of humanity. Hence, the Islamic society offers to non-Muslims societies and groups the maximum social and cultural rights that can possibly be accorded.

Institution of the Family

The foremost and fundamental institution of human society is the family unit. A family is established by the coming together of a man and a woman, and their contact brings into existence a new generation. This then produces ties of kinship and community, which, in turn, gradually develop further ties. The family is an instrument of continuity which prepares the succeeding generation to serve human civilization and to discharge its social obligations with devotion, sincerity and enthusiasm. This institution does not merely recruit cadets for the maintenance of human culture, but positively desires that those who are to come will be better members of society. In this respect the family can be truly called the source of the progress, development, prosperity and strength of human civilization. Islam therefore devotes much attention to the issues relating to the family and strives to establish it on the healthiest and strongest possible foundations.

According to Islam the correct relationship between man and woman is marriage, a relationship in which social responsibilities are fully accepted and which results in the emergence of a family. Sexual permissiveness and other similar types of irresponsible behavior are not dismissed by Islam as mere innocent pastimes or ordinary transgressions. Rather, they are acts which strike at the very roots of society. Hence, Islam holds all extra-marital sex as sinful and forbidden (haram) and makes it a criminal offence. Severe punishments are prescribed to deter would-be offenders.

Islam does not look on adult celibacy simply with disfavor, it calls on every young man to take upon himself the social responsibilities of married life just as his parents did in their time. Nor does Islam regard asceticism and lifelong celibacy merely as being of no benefit; it sees them as departures from the nature of man and as acts of revolt against the Divine scheme of things.

It also strongly disapproves of those rites, ceremonies or restrictions which tend to make marriage a difficult affair. Islam tries to make marriage the easiest and fornication the most difficult thing in society, and not vice versa as it is in most societies today. Hence, after debarring certain blood relatives from entering into matrimony with one another, it has legalized marriage with all other near and distant kith and kin. It has removed all distinctions of caste and community, and permitted matrimony of any Muslim with any other Muslim. It has urged that the mehr (dower) should be fixed at a figure which can be easily borne by both sides. it has dispensed with the necessity of priests and register offices. In an Islamic society marriage is a plain and simple ceremony which can be performed anywhere before two witnesses, though it is essential that the proceedings should not be kept secret. Society must know that the couple are now going to live as husband and wife.

After the limited circle of the family, the next social sphere is that of kinship and blood relationship. Islam wants all those who are related through common parents, common brothers and sisters or marriage to be affectionate, cooperative and helpful to each other. In many places in the Qur’an good treatment of the near relations (Dhawi-al-qurba) is enjoined. In the Hadith of the Prophet, blessings and peace be on him, proper treatment of one’s blood relations has been strongly emphasized and counted among the highest virtues. A person who cold-shoulders his relations or treats them indifferently is looked on by Islam with great disfavor.

But this does not mean that it is an Islamic virtue to favor one’s relations. If such support or bias towards one’s relations results in injustice, it is repugnant to Islam, and is condemned as an act of Jahiliyyah (ignorance). Similarly, it is utterly against the principles of Islam for a government official or public servant to support his relations at public expense or to favor his kith and kin in his official decisions: this would actually be a sinful act. Fair treatment of one’s relations, as enjoined by Islam, should be at one’s own expense and within the limits of justice and fair-play.

After relations come one’s neighbors. The Qur’an has divided them into three categories: a neighbor who is also a relation; a neighbor who is a stranger; and a casual or temporary neighbor with whom one happens to live or travel for a certain time. All of them are deserving of sympathy, affection, kindness and fair treatment. The Prophet, blessings and peace be on him, once said that the right of the neighbor were so strongly emphasized by the angel Gabriel that he thought neighbors might even share one’s inheritance. (Bukhari and Muslim)

In one Hadith the Prophet, blessings and peace be on him, said: Anyone whose neighbor is not safe from his misdeeds is not a true Believer. (Bukhari and Muslim) Again, he said: A person who enjoys a meal while his neighbor is starving is not a true Believer. (Ahmad, Baihaqi). The Prophet, blessings and peace be on him, was once asked about the fate of a woman who performed many Prayers and fasted extensively and who was a frequent almsgiver, but whose neighbors complained of her abusive tongue. He said: Such a woman shall be in the Hell-fire. He was, then, asked about another woman who did not possess these virtues but did not trouble her neighbors either, and he said: She would be in Paradise. (Ahmad, Baihaqi) The Prophet, blessings and peace be on him, has laid so much emphasis on being considerate to neighbors that he has advised that whenever a Muslim brings home fruit for his children he should either send some to his neighbors as a gift, or at least take care not to offend them by throwing the peelings away outside their door. On another occasion he said: A man is really good if his neighbors regard him as such, and bad if they consider him so. (Ibn Majah)

Islam, therefore, requires all neighbors to be loving and helpful and to share each other’s sorrows and happiness. It enjoins them to establish social relations in which one can depend upon the other and regard his life, honor and property safe among his neighbors. A society in which two people, separated only by a wall, remain unacquainted with one another for years, and in which those living in the same area of a town have no interest or trust in one another, can never be called Islamic.

Next to these come the wider relationships covering the whole of society. The broad principles on which Islam wants people to structure their social lives are:

You are the best community ever raised among mankind; your duty is to command people to do good and prevent them from committing evil. (Al- ‘Imran 3: 110)

Do not think evil of each other, nor probe into each other’s affairs, nor incite one against the other. Avoid hatred and jealousy. Do not unnecessarily oppose each other. Always remain the slaves of Allah, and live as brothers to each other. (Muslim)

Do not help a tyrant, knowing him to be such. (Abu Daud)

To support the community when it is in the wrong is like falling into a well while catching the tail of your camel which was about to fall into it. (Abu Daud; Mishkawt)

No one among you shall be a true believer unless he likes for others what he likes for himself. (Bukhari and Muslim)

This article has excerpts from a talk given by Maulana Abul Ala Maududi.