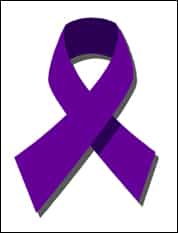 What Islam says about Domestic Violence

“The most perfect of believers in belief is the best of them in character. The best of you are those who are the best to their women.”

Domestic violence against women remains a major concern in today’s society. The problem is so severe that it affects people from all ways of life regardless of socio-ecomomic status, ethnicity, age and religion. The statistics on this issue are alarming.

The Extent of the Problem

Murder – Every day four women die in this country as a result of domestic violence, the euphemism for murders and assaults by husbands and boyfriends. That’s approximately 1,400 women a year, according to the FBI. The number of women who have been murdered by their intimate partners is greater than the number of soldiers killed in the Vietnam War.

Battering – Although only 572,000 reports of assault by intimates are officially reported to federal officials each year, the most conservative estimates indicate two to four million women of all races and classes are battered each year. At least 170,000 of those violent incidents are serious enough to require hospitalization, emergency room care or a doctor’s attention.

Sexual Assault – Every year approximately 132,000 women report that they have been victims of rape or attempted rape, and more than half of them knew their attackers. It’s estimated that two to six times that many women are raped, but do not report it. Every year 1.2 million women are forcibly raped by their current or former male partners, some more than once.

The Targets – Women are 10 times more likely than men to be victimized by an intimate.

Impact on Health and Social Services – Women who are battered have more than twice the health care needs and costs than those who are never battered. Approximately 17 percent of pregnant women report having been battered, and the results include miscarriages, stillbirths and a two to four times greater likelihood of bearing a low birth weight baby. Abused women are disproportionately represented among the homeless and suicide victims. Victims of domestic violence are being denied insurance in some states because they are considered to have a “pre-existing condition.”

While domestic violence exists in both Muslim and non-Muslim societies, the position of Islam on the kind treatment of women is very clear as mentioned in the Quran and exemplified through the life and character of the Prophet Muhammad (pbuh).

“The nobler among you in the sight of God is the more righteous among you.” (Quran, 49:13)

The Prophet (pbuh) also taught that a husband’s treatment of his wife reflects a Muslim’s good character, which in turn is a reflection of his faith. The character of the Prophet Muhammad (pbuh) exemplified how one should be good to his wife. He should smile, not hurt her emotionally or physically, remove anything that will harm her, treat her gently, and be patient with her. He should communicate effectively with her, involve her in decision making and support her in times of difficultly. God instructs men to be nice to their wives and to treat them well to the best of their ability. A devout Muslim should always remember that pleasing his wife is part of faith and earns the pleasure of God, whilst dealing with her unjustly will earn God’s anger.

“Live with them in kindness; even if you dislike them, perhaps you dislike something in which Allah has placed much good” (Quran, 4:19).

Realistically, human beings are imperfect and, in this regard, the Prophet Muhammad (pbuh) said, “A believing man should not hate a believing woman. If he dislikes something in her character, he should be pleased with some other trait of hers.”

Marriage experts recommend that one should focus on character traits, just as the Prophet (pbuh) recommended. For example, a husband may appreciate the way his wife arranges his clean laundry, but the underlying character trait may be that she is thoughtful. Following this advice should help the husband focus and be more aware of his wife’s good attributes rather than on the negatives.

A companion asked the Prophet Muhammad (pbuh) what is the right of a wife over her husband?’ He said, “That you feed her when you eat and clothe her when you clothe yourself and do not strike her face. Do not malign her and do not keep apart from her, except in the house.” (Hadith, Abu Dawood).

Conflict in marriage is virtually inevitable and, unless one is conscious of the presence of God, it can lead to a lot of anger. Although anger is one of the most difficult emotions to manage, the first step toward controlling it can be learning how to forgive those who hurt us. In case of conflict, a husband should not stop talking to his wife and emotionally hurt her, but he may stop sleeping in the same bed if it will improve the situation. Under no circumstance, even when he is angry or somehow feels justified, is a husband allowed to humiliate her by using hurtful words or cause her any injury.

Of all the Qur’anic passages about men and women perhaps the one most often misunderstood or misused, by both Muslims and non-Muslims, is verse 34 of Surah an-Nisa. An English translation of this verse reads as follows:;

Men are the protectors and maintainers of women, because Allah has given the one more (strength) than the other, and because they support them from their means.; Therefore the righteous women are devoutly obedient, and guard in (the husband’s) absence what Allah would have them guard.; As to those women on whose part you fear disloyalty and ill-conduct, admonish them (first), (next) do not share their beds, (and last) beat (tap) them (lightly); but if they return to obedience, seek not against them means (of annoyance): for Allah is Most High, Great (above you all). (4:34)

First and foremost, this verse needs two clarifications. One, that it doesn’t apply to any women, but to ONLY those women who are “rebellious” to their husbands in acts of immorality, such as lewdness, adultery, and fornication. Second, the issue of hitting is a mere symbolic tapping of the hand as a serious gesture of disgruntlement from the husband towards the wife, for her disobediences in the morality of the household, because its an issue of integrity of the family, which the husband is responsible to maintain the honor and respect of it.

Therefore, it is not a permission for the husband to “abuse” this verse of the Quran to his advantage and use force against his wife for every kind of refractions and rejections from his wife. Rather it’s for specific actions such as disloyalty to the husband by having an affair with another man, or committing acts of vulgarity that brings shame to the family. Even then, this symbolic tapping of the hand of the wife should be as a last resort, whence all other avenues have been exhausted in making sense of shame to the wife for her rebellious strife. Otherwise the family might disintegrate into a divorce, which is also disliked by God, and His Messenger.

There are numerous narrations of the Prophet (pbuh) which clearly discourage and even prohibit beating, hitting, and use of any brutal force against wives, such that would cause bodily harm or injuries. He, being the role model for all husbands, himself never resorted to such a measure with any of his wives, speaks volumes of his character as a husband which all men should emulate. In addition, in the following verse of the Qur’an, God warns men that if they retain their wives in marriage it should not be to take advantage of them.

“Retain them in kindness or release them in kindness. But do not retain them to their hurt so that you transgress (the limits). If anyone does that he wrongs his own soul. Do not take God’s instructions as a jest” (Qur’an 2:231).

The statistics on domestic violence in the United States are alarming. The problem exists in both Muslim and non-Muslim societies. The worship of God, which Muslims believe is the sole reason for their existence, is an all-encompassing concept that applies equally to one’s relationship with God as well as with His creation. In Islam, one cannot perfect their Worship to God, unless they perfect their relationship with others. The kind treatment of others, including one’s spouse, can therefore not be ignored as an obligatory act of Worship and a sign of piety to God. Islam teaches the individual to constantly consider which deeds and behaviors will be pleasing to Allah and to interact with others in way that will be pleasing to Him. As the Prophet Muhammad (pbuh) related, “The best amongst you in the sight of God are those who are the best to their wives.” It is through attaining a higher level of God-consciousness that Islamic principles can contribute to the elevation of society. As a believer sincerely contemplates on how his deeds will be viewed by God, he learns to improve his conduct with others, including his spouse.

The Importance of Parents

Sheehan, Myra A. “An Interstate Compact on Domestic Violence: What are the Advantages?” Juvenile and Family Justice Today, 1993.