Is Islam Intolerant of Religious Minorities? 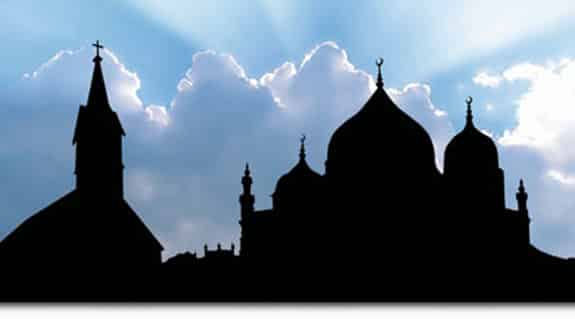 Islam is a religion that not only “tolerates” religious minorities, but accepts them and defends their rights to practice their religion freely. Let me begin by noting that there is no country in the modern world that represents Islam. There are countries in the world, even the West, where minorities are abused. What this article will address is not the actions of people, but the teachings of the religion itself. According to the Qurʾān and teachings of the Prophet Muhammad peace be upon him, no one can be forced to follow any religion. Several verses highlight this point: There is no compulsion in religion (Q. 2:256). The truth is from your Lord, so whoever wills – let him believe; and whoever wills – let him disbelieve (Q. 18:29). O you who do not believe, I do not worship what you worship and you do not worship what I worship. Nor will I worship what you worship nor will you worship what I worship. To you your religion and to me mine (Q. 109:1-6).

The Prophet Muhammad peace be upon him and his followers were persecuted in the city of Mecca and they fled to Medina. There they found a large Jewish and Christian population. He did not force them to accept Islam, rather he made an agreement with them that they would be allowed to practice their religion freely and guaranteed their safety as long as they abide by the agreement. During the Prophet’s first thirteen years as a Prophet, Muslims were prohibited from partaking in any kind of violence or physical fighting in self-defense. The first verse revealed giving Muslims permission to fight was revealed after Muslims migrated to Medina. In the context of this verse, the Qurʾān notes And were it not that Allah repel people some by means of others, there would have been demolished monasteries, churches, synagogues, and mosques in which the name of Allah is much mentioned. And Allah will surely support those who support Him. Indeed, Allah is Powerful and Exalted in Might (Q. 22:40).

One of the justifications for violence is the protection of places of worship. The Qurʾān is the only holy book that specifically mentions the protection of places of worship that belong to other religions. The Qurʾān establishes a tax called jizya which non-Muslims living in a Muslim state must pay. This tax is specific to non-Muslims. Muslims on the other hand pay zaka which is different than jizya because the latter is used only for non-Muslims and their protection. This tax exempted them from military service and was used to protect their places of worship. Additionally, Muslims are allowed to marry women who are Christian and Jewish. The Qurʾān also notes that Muslims and the people of the book can eat each other’s food. This day [all] good foods have been made lawful, and the food of those who were given the Scripture is lawful for you and your food is lawful for them (Q. 5:5).

Sharing food and marriage imply mutual relationships. It implies that a Muslim child can have a Jewish or Christian mother, grandparents, uncles, aunts, and cousins. Sharing food with people of the book also implies relationship of friendship, neighborliness, and mutual love and respect. Ultimately, religious tolerance implies that one will simply “tolerate” the other religion. Islam goes beyond tolerance to acceptance, protection, coexistence, and inclusion of the religious minority among the larger Muslim community.