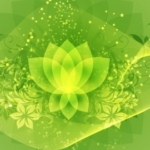 Believing in prophets is part and parcel of being a Muslim.  It is documented in the Quran that belief in all the prophets is obligatory on every Muslim.  It specifically says, “So [you believers], say, ‘We believe in God and in what was sent down to us and what was sent down to Abraham, Ishmael, Isaac, Jacob, and the Tribes, and what was given to Moses, Jesus, and all the prophets by their Lord. We make no distinction between any of them, and we devote ourselves to Him.” (2:136)

According to this citation, a Muslim is obligated to accept and revere all of the prophets.  The Quran also ties between the belief in the prophets and righteousness to one another. One can’t be righteous and reject genuine prophets. An example is, “Goodness does not consist in turning your face towards East or West. The truly good are those who believe in God and the Last Day, in the angels, the Scripture, and the prophets; who give away some of their wealth, however much they cherish it, to their relatives, to orphans, the needy, travelers and beggars, and to liberate those in bondage; those who keep up the prayer and pay the prescribed alms; who keep pledges whenever they make them; who are steadfast in misfortune, adversity, and times of danger. These are the ones who are true, and it is they who are aware of God.” (2:177)

The Quran indicates very clearly that to deny one prophet means that one is denying all of them: “As for those who ignore God and His messengers and want to make a distinction between them, saying, ‘We believe in some but not in others,’ seeking a middle way, they are really disbelievers: We have prepared a humiliating punishment for those who disbelieve.” (4:150-151) (Read more: Belief in Prophets)

Those that are mentioned specifically by name are a total of twenty-five. Eighteen of which appear in four successive verses of the Quran: “Such was the argument We gave to Abraham against his people – We raise in rank whoever We will – your Lord is all wise, all knowing. We gave him Isaac and Jacob, each of whom We guided, as We had guided Noah before, and among his descendants were David, Solomon, Job, Joseph, Moses, and Aaron – in this way We reward those who do good – Zachariah, John, Jesus, and Elijah – every one of them was righteous – Ishmael, Elisha, Jonah, and Lot. We favored each one of them over other people.” (6:83-86)

In five other places in the Quran the other seven are mentioned. They are Adam, regarded as the first prophet, Hud, Shuaib, Idrees, Thulkifl (believed to be Issaquah) Salleh and finally prophet Muhammad, may peace and blessings of God be upon them all. A total of twenty-five are mentioned by name in the Qur’an and most of them are familiar to the Judeo Christian faiths.

At the same time, the Quran also indicated that these were not the only prophets that were raised to humanity.  Indeed, the Quran says, “and there never was a people, without a warner having lived among them (in the past)” (35:24). The warner in this context is the same as a prophet. More specifically, God declares in the Quran: “to every people (was sent) an apostle.” (10:47) He goes on to explain, “We did aforetime send apostles before thee: of them there are some whose story We have related to thee, and some whose story We have not related to thee.” (40:78)

The stories of prophets in the Quran are not there just for historical interest. For those who are familiar with the Bible, it is not just a chronology telling a story as such. The Quran discusses the story and at times omits some minor details while focusing on the lessons that can be learned from studying the history of those prophets.

Prophet Muhammad was the last of all the prophets and messengers of God through whom the entire mission of prophet-hood was brought to its final most comprehensive and complete format. (Learn more: What the Bible says about Prophet Muhammad)

Adapted, with permission, from transcribed audio lectures on www.jamalbadawi.org

Nouman Ali Khan answers the frequently asked question: Are Prophets Sin-less? Are they perfect role models? Did Adam commit original sin? Did Moses kill a person? Watch this brief video to get some answers. This video is produced by 877-Why-Islam. For more information, please visit www.WhyIslam.org