Arrangement and Collection of the Quran

How were the Quran’s verses and chapters arranged? 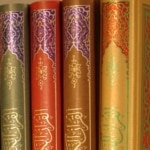 The present arrangement of the Quran is not the work of later generations, but was made by the Prophet, peace be upon him (p), under God’s directions. Whenever a chapter was revealed, the Prophet (p) summoned his scribes, to whom he carefully dictated its contents, and instructed them where to place it in relation to the other chapters. The Prophet (p) followed the same order of chapters and verses when reciting during ritual Prayer as on other occasions, and his Companions followed the same practice in memorizing the Quran. It is therefore a historical fact that the collection of the Quran came to an end on the very day that its revelation ceased. The One who was responsible for its revelation was also the One who fixed its arrangement. The one whose heart was the receptacle of the Quran was also responsible for arranging its sequence accordingly. This was far too important and too delicate a matter for anyone else to become involved in.

Since Prayers were obligatory for the Muslims from the very outset of the Prophet’s mission, and the recitation of the Quran was an obligatory part of the prayers, Muslims were committing the Quran to memory during the overall process of revelation. Thus, as soon as a fragment of the Quran was revealed, it was memorized by some of the Companions. [Read the Opening Chapter of the Quran here.]

Hence the preservation of the Quran was not solely dependent on its verses being inscribed on palm leaves, pieces of bone, leather and scraps of parchment – the material used by the Prophet’s scribes for writing down Quranic verses. Instead those verses came to be inscribed upon tens, then hundreds, then thousands, then hundreds of thousands of human hearts, soon after they had been revealed, so that no scope was left for anyone to alter so much as one word of them.

Preserving the Quran in writing

When, after the death of the Prophet, the storm of apostasy convulsed Arabia and the Companions had to plunge into bloody battles to suppress it, many Companions who had memorized the Quran suffered martyrdom. This led ‘Umar, a close companion and future caliph, to plead that the Quran ought to be preserved in writing, as well as orally. He therefore impressed the urgency upon Abu Bakr, the first caliph. After slight hesitation, the latter agreed and entrusted the task to Zayd ibn Thabit al-Ansari, who had worked as a scribe of the Prophet (p). [Click here to learn more about ‘Umar.]

The procedure decided upon was to try and collect all written pieces of the Quran left behind by the Prophet, as well as those in the possession of the Companions. When all this had been done, assistance was sought from those who had memorized the Quran. No verse was incorporated into the Quranic codex unless all three sources were found to be in complete agreement, and every criterion of verification had been satisfied. Thus an authentic version of the Quran was prepared. It was kept in the custody of Hafsah, a widow of the Holy Prophet and daughter of ‘Umar, and people were permitted to make copies of it and also to use it as the standard of comparison when rectifying the mistakes they might have made in writing down the Quran.

In different parts of Arabia and among its numerous tribes, there existed a diversity of dialects. The Quran was revealed in the language spoken by the Quraysh of Mecca. Nevertheless, in the beginning, people of other areas and other tribes were permitted to recite it according to their own dialects and idioms, since it facilitated its recitation without affecting its substantive meaning. In the course of time and in the wake of the conquest of a sizeable part of the world outside of the Arabian Peninsula, a large number of non-Arabs entered the fold of Islam. These developments affected the Arabic idiom and it was feared that the continuing use of various dialects in the recitation of the Quran might give rise to grave problems. It was possible, for instance, that someone hearing the Quran in unfamiliar dialect might pick a fight with the reciter, thinking that the latter was deliberately distorting the Word of God. It was also possible that such differences might gradually lead to the tampering of the Quran itself. It was also not inconceivable that the hybridization of the Arabic language, due to the intermixture between the Arabs and non-Arabs, might lead people to introduce modifications into the Quranic text, thus impairing the grace of the Speech of Allah. As a result of such considerations, and after consultations with the Companions of the Prophet, ‘Uthman, the third caliph, decided that copies of the standard edition of the Quran, prepared earlier on the orders of Abu Bakr, should be published, and that publication of the Quranic text in any other dialect or idiom should be proscribed.

The Quran that we possess today corresponds exactly to the edition which was prepared on the orders of Abu Bakr and copies of which were officially sent, on the orders of ‘Uthman, to various cities and provinces. Several copies of this original edition of the Quran still exist today. Anyone who entertains any doubt as to the authenticity of the Quran can satisfy himself by obtaining a copy of the Quran from any bookseller, say in West Africa, and then have a hafiz (memorizer of the Quran) recite it from memory, compare the two, and then compare these with the copies of the Quran published through the centuries since the time of ‘Uthman. If he detects any discrepancy, even in single letter or syllable, he should inform the whole world of his great discovery!

Not even the most skeptical person has a reason to doubt the Quran as we know it today is identical with the Quran which Muhammad (peace be upon him) set before the world; this is an unquestionable, objective, historical fact, and there is nothing in human history on which the evidence is so overwhelmingly strong and conclusive. To doubt the authenticity of the Quran is like doubting the existence of the Roman Empire, the Mughals of India, or Napoleon! To doubt historical facts like these is a sign of stark ignorance, not a mark of erudition and scholarship.

(Adapted and excerpted from “An Introduction to the Quran,” by Abul-A’ala Mawdudi.)

The Quran, Islam’s holy book, was revealed 1400 years ago to Prophet Muhammad (P), who could neither read nor write. If he really was illiterate, was the message he received a written document, in which case, how did he read it? Or was it, rather, a Divine Message spoken? Answered by Nouman Ali Khan.