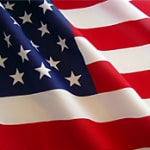 September 11, 2001, changed everything. We who had led carefree lives centering on our individual routines, blissfully uninformed about international events or the politics of far-flung places, were caught unawares. A stunned nation watched with horror, filled with hurt and anger. Grief engulfed our hearts, questions pricked our minds, and suspicions lurked in our thoughts. That fateful day jolted our collective consciousness and nothing was the same again.

Indeed, this was true for Americans as a whole – which included the minority of Muslims that call the United States their home. In fact, their angst intensified as fears of backlash turned into reality in the immediate aftermath of 9/11: mosques were vandalized, innocent lives were lost, and individuals were harassed. Even so, there was an outpouring of support among neighbors, colleagues, and peers. Local people of different faiths offered to guard mosques, get groceries for Muslims, and sought to understand the political motivations of the terrorists. In the vastness of the land, however, these were a brave minority, and remain so.

As the anguished nation sought revenge, a clear divide between “them” and “us” began to emerge, splattering our shared psyche with phrases such as “holy war” and “Muslim militancy” on the one hand, and “homeland security” and “war on terror” on the other. In the process, few on either side recognized Islam as one of the victims: its peaceful message ravaged, its teachings grossly misinterpreted, and its virtues vilified.

Today, more than a decade later, the perception of Islam in America continues to be overshadowed by the events of 9/11, as apparent in right-wing rhetoric, the anti-Shariah campaign, and the various obstacles different mosques face. On this anniversary of 9/11, we owe it to ourselves to explore what Islam truly says about terrorism, historical examples of coexistence in Muslim lands, how the Muslim American community was affected by 9/11, and ways in which we can positively move forward as a united nation.

The 877-WHY-ISLAM Outreach program organized a press conference to mark the 10 year anniversary of the 9/11 terrorist attacks. Prominent leaders of the Muslim community attended and offered the Muslim perspective on this anniversary.

Many Islamic concepts and terms began taking a life of their own soon after 9/11. Take, for example, ‘jihad.’ Often mistranslated as “holy war,” it invokes images of fearless men blowing themselves to pieces in the name of God, convinced that they are going to Paradise, even as they take innocent lives and shatter families. Such one-dimensional depictions manage to shock, but do not educate.

Jihad comes from the root word jahada, which means to strive. At the individual level, jihad primarily refers to the inner struggle of being a person of virtue and submission to God in all aspects of life. On a larger scale, jihad can also be warfare, but it is undertaken after all efforts at peace fail, and even then it has stringent rules of engagement.

There are key differences between jihad and terrorism. Firstly, jihad can only be launched by an established authority whereas terrorism is committed by individuals or groups that have no legitimacy to speak for the majority. Secondly, jihad is limited to combatants while terrorism causes the death of civilians. Thirdly, jihad, when necessary, is declared openly; terrorism is carried out secretly. Lastly, jihad is bound by strict rules of engagement but terrorism has no such limits.

At another point, Quran states,

“…take not life, which God hath made sacred, except by way of justice and law: thus doth He command you, that ye may learn wisdom.” (6:151)

Islam certainly permits engagement in war for purposes of defending religion and combating oppression. God says in the Quran:

At the same time, such warfare carries stringent requirements, reflecting Islam’s inherent inclination towards peace. This is completely contrary to the impression which the following oft-quoted verse gives:

While this makes a great sound bite, this clipped verse is actually taken out of context. [Read an explanation here.]

In short, Islam strongly condemns terrorism and this has been stated in unequivocal terms by scholars of Islam worldwide. [Read the statements here.]

Within the first hundred years after Prophet Muhammad’s death, Islam had spread in all directions of the world with remarkable speed. From the deserts of Arabia, it had extended its reach eastward to the edges of modern day India and westward to the northern parts of Africa up to and including Spain, the southern expanse of Europe. By the eight century, it had successfully replaced the dominant Persian and Byzantine empires and established itself as a world power. Muslims continued to rule most of that region over the next ten centuries, extending eastward to parts of China and southwards into Africa.

This was a time of great conquests or jihads, where much territory fell into Muslim hands. They conquered vast areas and populations which were unfamiliar with Islam or Muslims – yet, the native people embraced Muslim rule in comparison to their previous repressive regimes. Contrary to popular beliefs, the people belonging to these conquered lands were not converted to Islam by the sword. Rather, they slowly began to accept Islam over generations and many simply chose to keep their own religions and they were free to do so.

Historically, Islam championed the freedom of religion when few others exercised it. When Muslims occupied Palestine in 637 C.E., they allowed Jews to enter and live in the Holy Land after 500 years of exile. Muslim Spain, from the 8th through the 11th centuries, was known for its spirit of tolerance and mutual respect among people of differing faiths, also known as convivencia. After Muslims lost Spain and the infamous Inquisition began, Jews were expelled en masse – but they were welcomed by the Muslim Ottomans with open arms. The fact that pockets of minorities have existed in Muslim lands for centuries is further evidence of Islam’s liberal stance.

When we take the acts of a few fanatics to represent an entire religion, we end up glossing over centuries of traditions and ignoring historical precedence which reflect an entirely different reality, as shown above.

“Islam was hijacked on that September 11, 2001, on that plane as an innocent victim.”

Practicing Muslims, who lived the reality of Islam every single day, sensed this the most; it pained them to see their religion of justice, of righteousness, of mercy, be equated with indiscriminate killing and bloodshed. As a result, Muslims sprung into action.

From a group of close-knit families minding their own business and quietly attending mosque events, Muslims as a community learned to break out of their shells and proactively engage with local and national organizations on topics such as Islam, terrorism, and the Muslim world. They vocally and vehemently distanced themselves from the terrorists, and affirmed their loyalty to the United States. Mosques circulated press releases, Imams met with local officials, and Muslim scholars advised the president on how to handle the crisis in a sensitive manner.

Furthermore, as details of the deceased emerged, it became clear that dozens of Muslims had also died in the WTC attacks. These included restaurant employees, executives, managers, traders, technicians, airplane passengers, and first responders. Muslims were victims too! They had suffered alongside their fellow Americans, and some had even heroically given their lives while trying to rescue others. For example, Abdu Malahi, an audio-visual manager at Marriott World Trade Center, personally guided many guests to safety before dying himself. Several survivor reports praise his selflessness and heroism.

Alas, due to the climate of fear and distrust, some of these victims were suspected to be perpetrators before their names were formally cleared. For instance, Rahma Salie was on board American Flight 11 along with her husband when it crashed into WTC; she was seven months pregnant. Afterwards, authorities investigated her as a possible terrorist accomplice and placed members of her family on a no-fly list which almost prevented them from attending her memorial service.

Despite these sacrifices, Islam and Muslims have continued to stay in the limelight ever since 9/11 in the past 12 years. This constant scrutiny has transformed many Muslims into activists, while others decide to lay low. Even as some Muslim women have stopped wearing hijab so that they wouldn’t suffer by association, many others willfully adhere to it. Increasingly, men and women choose to be openly identified as Muslim and seek opportunities to show that Islam is not oppressive or extremist. [Read an article about this.]

During the past decade or so, many mosques have facilitated interfaith dialogue and encouraged participation in organizations which serve the larger community. In this way, 9/11 has enabled Muslims to evolve from a people concerned with their own problems to a group which is increasingly contributing to local social causes and faith-related discourse. In the end, Muslims in the United States have managed to hold their heads high through it all, celebrating their unique identity as Muslim Americans and maturing as a faith-based community.

A Time to Remember

On this anniversary of 9/11, we must remember that people of all religions, ethnicities, and races died side-by-side on that tragic day. The perpetrators of this heinous event, though they professed to be Muslim, were driven by their own warped agendas that have nothing to do with the purity of Islam.

When we think of terrorism, we instantly imagine the toppling towers of the World Trade Center, subway attacks or airplane hijackings. The victims in our minds often hail from the West – under attack by violent Muslim fundamentalists.

However, the reality of the matter is that terrorism is blind: its targets are inclusive rather than exclusive. In fact, Muslims fall victim to terrorist attacks far more than their Western counterparts. Suicide bombings in countries such as Pakistan, Afghanistan, and Iraq are alarmingly common, leading to indiscriminate deaths of both civilians and non-civilians, local people alongside foreigners.

Moreover, more than Islam, the issue at the core of terrorism is political. Many people, groups, and constituencies in countries in the developing world are angry because they feel their governments have given free reign to the U.S. on issues which suit American interests, such as allowing drone attacks as in the case of Pakistan. At times, this allegation turns into bitter hostility, resulting in certain self-styled organizations venting their anger in the form of terror attacks, both internally and externally, varnishing their rhetoric with religious veneer.

Holding Islam or Muslims responsible for such reprehensible acts only helps the terrorists succeed in their mission to divide the world along religious, ethnic, or political lines. We must defeat the terrorists by embracing one another, by enabling constructive dialogue, by engaging in common causes irrespective of faith, ethnicity, or race – just as those who died on 9/11.

We should never forget the events of 9/11 – but we must learn to differentiate between the perpetrators and their professed faith, between a few extremists and their billion-strong peace-loving counterparts. Only then will we do justice to the victims of 9/11 – all of them – and deal a fatal blow to terrorism.